Canadian Ski Council Recognizes the Best in the Business

October 14, 2016
Canadian Ski Council Recognizes the Best in the Business for their Outstanding Contributions to the Canadian Ski and Snowboard Industry

(Toronto, ON) – The Canadian Ski Council is proud to recognize the best in the ski and snowboard business for their outstanding contributions to the Canadian snowsports industry on Friday October 14th, 2016, during the Toronto Snow Show that is being held at the International Centre. The Awards presentation will take place at 12 p.m. in Hall 5.

The CSC will be presenting the following awards at the Toronto Snow Show; the Judith Kilbourne Founders Award, the Jimmie Spencer Leadership Award, the Colin S. Chedore Lifetime Achievement Award as well as a Special Award of Merit.

The Judith Kilbourne Founders Award is presented to those who have given quality volunteer time, either in addition to their professional time, are those who care about the future of the sport, its growth, and its importance as a lifestyle to Canadians and their families. The award recipients are individuals who act as Good Will Ambassadors for the Canadian Ski Council’s programs, have made remarkable contributions to skier-snowboarder development programs, and who can be viewed as leaving a legacy to the sport of skiing and snowboarding in Canada.

The Jimmie Spencer Leadership Award is presented to individuals who have overcome a variety of challenges on their way to success and have become positive leaders in the ski and snowboard industry. The Jimmie Spencer Award is awarded to honour the tremendous accomplishments of Mr. James Spencer, President and CEO of the Canada West Ski Areas Association for over 30 years and someone who demonstrated innumerable feats and achievements in the winter snow sports industry in Canada.

Kevin MacInnis, Ski Ben Eoin (posthumously)
Steve Paccagnan, Panorama Mountain Resort
The Colin S. Chedore Lifetime Achievement Award is presented to individuals who have demonstrated an ongoing passion and dedication in promoting and increasing participation in recreational skiing and snowboarding in Canada. These individuals have made a significant contribution to the sports of skiing and snowboarding through research, advocacy, marketing, communications and promotion of the sport all while overcoming challenges to be successful in their role in the ski and snowboard industry. Award recipients have made great gains in increasing growth in our sports.

The Canadian Ski Council is also presenting Robin Nasmith of SkiCan with a Canadian Ski Council Special Award of Merit. Mr. Nasmith is being recognized for his exceptional contributions to our sports and for his dedication in promoting and increasing ski and snowboard travel in Canada. Robin is a pioneer in our industry and by creating the vision of bringing skiers from Eastern Canada to Western Canada, he has helped to increase travel, visits, revenues and overall promotion of many of our resorts in Canada. 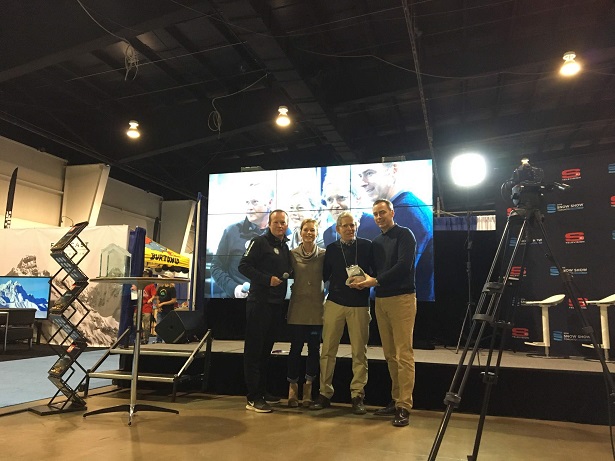 "On behalf of the Canadian Ski Council’s Board of Directors, staff and the entire ski and snowboard industry, I congratulate the winners of these awards,” says Paul Pinchbeck, President and CEO, Canadian Ski Council. “These individuals have worked tremendously hard in our industry and it is an honour to recognize their accomplishments and hard work.”

For more information about the CSC Awards presentation taking place on Friday October 14, 2016 at the Toronto Snow Show, please contact the Canadian Ski Council at: info@skicanada.org

Founded in 1977, the Canadian Ski Council is a national, not-for-profit ski and snowboard organization whose mandate is to increase participation in recreational skiing, snowboarding, and cross-country skiing in Canada.

Book by August 31 to save on your ski trip package to several resorts in Alberta and British Columbia. Here are our Early Booking Offers and Ski Week Specials.

And we are so excited to share our SKI ESCAPE line up for the 2022-23 season. You can check them out here. Reserve your spot early!